The Skyline : an operational concept for the governance of the urban silhouette in the context of the return of towers in Paris, Lyon, and London

SKYLINE is an exploratory research project that combines collaborative and comparative approaches to investigate the political, economic and social dimensions of an increasingly contested urban landscape: the skyline. The project aims at filing the existing lack of conceptualization of the skyline, in a context where urban public bodies are considering lifting height ceiling limits while multiple conflicts have emerged across European cities against various projects of tall buildings. 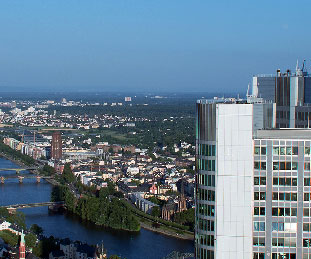 As a fragment of the urban landscape, the skyline is the simultaneous staging of both past and present societies; it is a heritage and has increasingly become an economic asset. It can be deemed a vector of social cohesion or, conversely, of conflict, memory marker and a way to create and destroy economic value. These issues explain the increasing number of conflicts around the transformation of a set of urban views across European cities since 2000. Many actors are involved at different scales: the real estate market, architects, landscape architects, associations and sometimes UNESCO. This raises the issue of developing the skyline as an urban and political project that would balance the economic viability of the landscape, the diversity of urban identities and the promotion of a collective narrative in globalisation, where strategic planning is aimed at encouraging metropolisation, negotiation and participation. In the context of the sustainable city, SKYLINE intends to lay the principles to help regulating the skyline through the clarification of the strategies played out by the actors involved in its governance and to formulate the principles of sustainable governance for the skyline. 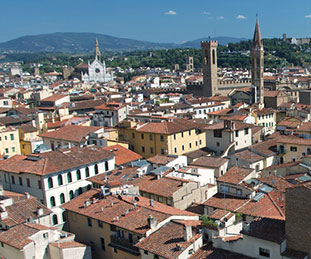 Researchers, practitioners and members of the civil society are associated in this project that intends to seize the recent debate over tall buildings in order to build an operational concept of the skyline and to set out the principles for its governance. Composed of a multidisciplinary team, SKYLINE has identified several goals. The first objective consist in defining the specific combinations of views and points of views that make up the skyline encompassing large parts of urban areas and embracing the materiality of urban societies as a whole. The other objective is to identify and understand the policy issues associated with the changes, conservation and representation of the skyline in order to formalise the skyline as a system. This effort of formalisation allows ultimately for both enriching and shaping the public debate on the impact of towers and tall buildings on the urban landscape.
Our project, positioned at both the “political problem formulation” stage – in the sense of an acceptable living together – and the quest for principles of governance, is methodologically innovative, linking researchers, practitioners and engaging members of civil society to conduct a participatory and interactive research. Those three groups are invited to construct, the concept of skyline and to define principles of governance.
To address these issues, we have chosen Paris, Lyon and London as our case studies as they offer different perspectives on the politics of the skyline in three different European regulatory and socio-economic contexts. The comparison and the identification of common features of the three cities allows for the shift necessary to establish the operational concept of skyline and fuel the exchange of experiences among researchers, practitioners and civil society.